What about including a Labyrinth in your Columbarium? 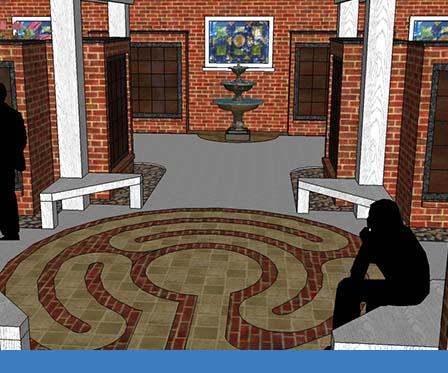 One of our potential clients requested that a Labyrinth be included in their Columbarium design. A labyrinth has only one path leading to the center and back out again with no dead-ends. There are three basic designs being used--the seven circuit, eleven circuit, and twelve circuit; the seven circuit is the most common design found today. In the Classical Seven Circuit Labyrinth you enter through the mouth and then walk on the paths. The walls keep you on the path. The goal is in the center of the labyrinth. When you reach it, you have gone half the distance – you now need to turn around and walk back out. A labyrinth encourages thoughtful mini-journeys, reflection, and prayer and is thought to enhance right brain activity. Labyrinths are appearing in hundreds of churches across the country from every denomination. Even hospitals, town squares, the Smithsonian Institution, and the US House of Representatives office building have opened their doors to the labyrinth.


The labyrinth has its origins in ancient pagan rituals, most famously at Knossos in ancient Crete. There is evidence of the existence of the classical labyrinth symbol across southern Europe and North Africa from roughly 2000 BC. Over time it took the form of rock carvings and paintings, inscriptions on ceramics, tiles and coins. The Roman labyrinths were mainly mosaic pavement labyrinths laid in the floors of bathhouses, villas and tombs throughout the Roman Empire. Towards the end of the 9th century a monk called Otfrid took the classical seven circuit labyrinth pattern and added four extra circuits creating the more complex eleven circuit labyrinth design we know today as the medieval labyrinth. His drawing in the endpaper of his Book of Gospels became a precedent for the construction of dozens of 12th-13th century labyrinths found in cathedrals and churches across Europe. The Chartres Cathedral Labyrinth in Frances is probably the best known labyrinth. It was constructed during the second decade of the 13th century, has a beautifully preserved pavement labyrinth. Another well-known labyrinth in the cathedral of Duomo di Siena, Tuscany; and two maintained by Grace Cathedral, an Episcopal church in San Francisco.

'Walking the Labyrinth' has reemerged today as a metaphor for the spiritual journey. It is a meditative practice that is being embraced. People walk the labyrinth for many reasons. Some use labyrinths for distinctly non-Christian purposes. But Christians can choose to walk the labyrinth in an intentionally Christ-centric way. Some do it to relax, some as a walking meditation, some just for fun. Some see it as a metaphor of the path of life, a journeying to God. Some ask forgiveness on the way in and empowerment on the way out. The participant can ascribe their own spiritual meaning to this ritual walk. Labyrinth prayer is by no means an essential Christian discipline, but many find it useful in focusing their thoughts on God and minimizing physical or mental distractions while praying and listening to God.

Labyrinths can be located just about anywhere, including sloping ground. The paths can be diverted to go around trees, which are incorporated into the line, between the paths. Besides the cost of the labyrinth itself, on-going maintenance is an important factor. If stones are simply placed on the earth, grass or weeds will grow around them, requiring maintenance. Pavement labyrinths are all-weather and long-lasting. Labyrinths have been constructed from granite, terrazzo and brick pavers, all of which is beautiful but costly. An alternative is to pour a concrete slab and put the labyrinth pattern on the surface. The concrete can be stained or painted. It can also be cut, engraved, sand blasted and otherwise treated. 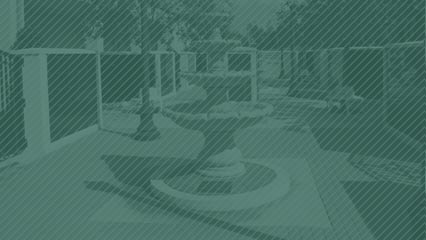 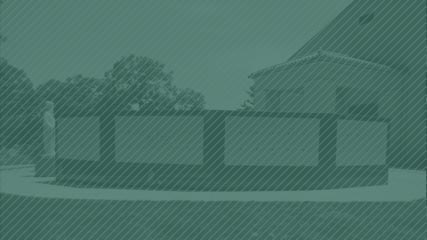 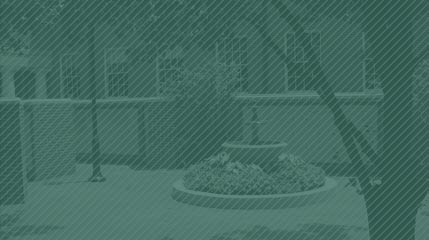